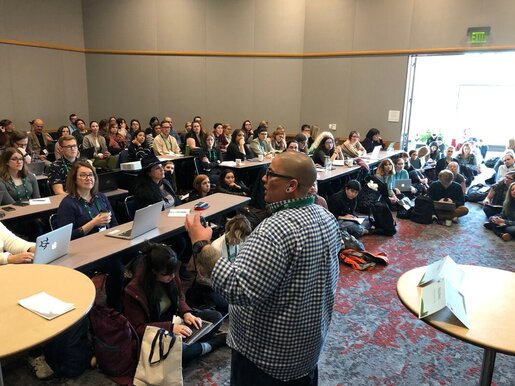 Image Credit: Jed Miller
Born and raised in Southern California, Felicia T Perez is a storyteller at heart.  Grounding in using stories to create narratives of belonging and justice, Felicia has been an educator, author, public speaker, creative online content editor, and an audio storytelling producer. She most recently served as the Head of Memes at  TaskForce, produced the "The Partnership for Resilient Communities Oral Storytelling Project Podcast," created the “Been There, Done That: Pandemic Podcast," and was a Lecturer at the University of Nevada Reno in the Gender, Race and Identity Department.

Felicia is also a published author on several projects. Firstly,  Felicia is the author and creator of History’s Mysteries: Solve the Crime of the Time under Interact (publishers of simulations, role plays, cooperative group units and other kinesthetic learning programs), a specialized social studies curriculum series for grades 6-12. Felicia has also worked on developing and designing Discussion Guides and lesson plans to accompany documentary films such as The Hand That Feeds (by Jubilee Films, who recently directed Knock Down The House). The film is about the organizing history of the country's 1st and only unionized bakery, located in New York City. Most recently, Felicia has authored "The 4th Box Training," created the "The 4th Box" simulation app, created the "Picture This" deck, and designed "Game Changer: The Game of Activist Tactics" with TESA Collective.

Felicia currently resides in Reno, Nevada with her partner and two very cute dogs. You can find her just about anywhere enjoying a good plank when they can.